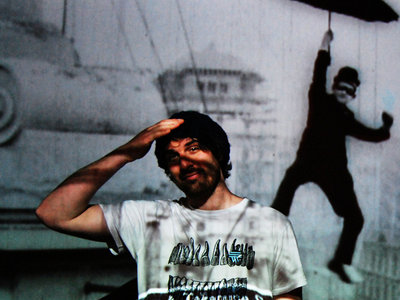 These days Djeisan Suskov is known for his work as pop producer and songwriter, particulary for his work alongside Benee and Josh Fountain on Benee's breakthrough hit 'Glitter' which has racked up over 150 million streams and led to the trio receiving a Silver Scroll Award in 2020. And that's just one of many streaming hits he's worked on, including as part of the super group, Leisure.

However Djeisan was a studio genius long before his turn toward pop and he first showed off his skills through the atmospheric, guitar-based tunes he wrote for his own project, Cool Rainbows. Like all studio geniuses, he tended to get a bit obsessed with sonic noodling so the groups' debut album Whale Rocket (2012) took over two years to complete, but is packed with wonderful, glittering tunes (see what I did there?), exemplified by the breakthrough single, 'Southern Summer Sun.'

This artist has no releases to show.