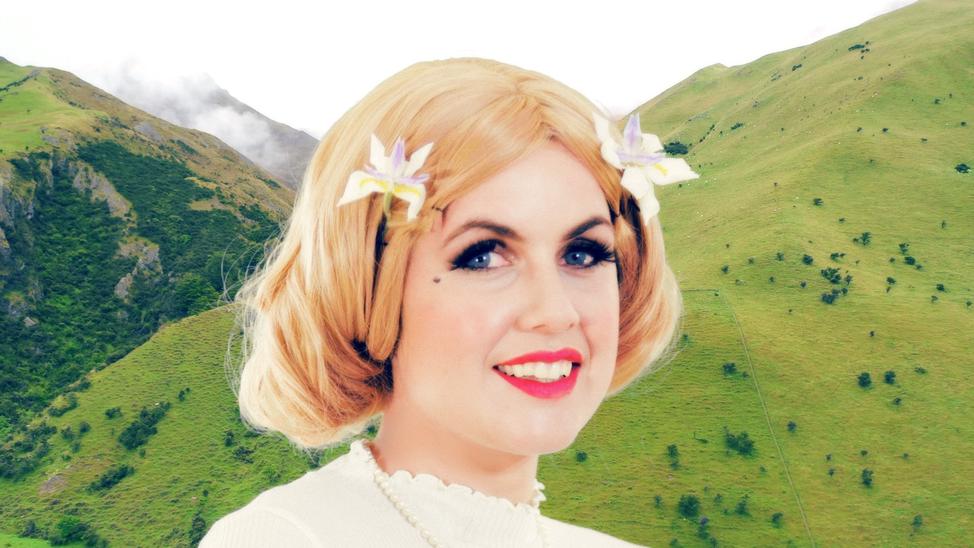 Princess Chelsea is the recording project of New Zealand based producer Chelsea Nikkel. A classically trained pianist, Nikkel lent her talents to K road favourites Teen Wolf in the mid-2000s, and later in the touring lineup The Brunettes. When she wasn't performing, she worked as a composer for a local recording studio, all the while refining her songwriting and production skills.

Her full-length debut as Princess Chelsea, Lil' Golden Book, was released in late 2011 and first set the template of her music with its sweet melodies, baroque musical arrangements, childlike vocal delivery, and lyrics filled with cynical wit. The album spawned the viral hit 'Cigarette Duet' with its 70 million YouTube views (and counting).

Next up was a synth-heavy concept album about a future world rendered helpless in the face of depression brought on by technology. The Great Cybernetic Depression was released by Lil' Chief and Flying Nun in June 2015 and followed soon after by an album of cover versions, Aftertouch. Chelsea's songwriting chops reached new heights on her album, Loneliest Girl, though the album continued to feature her trademark arrangements using classic 80s Synths (Yamaha DX7, Roland D-50), ambient guitars, and orchestral instruments but in a more refined and simple manner than on her previous releases. This album spawned another mighty online hit 'I Love My Boyfriend' which has over 15 million streams on Spotify alone.

Chelsea's newest single 'Everything is Going To Be Alright' with its echoes of Shangri-Las coupled with DIY dirgey guitars hints at a possible 'guitar album' in the works.