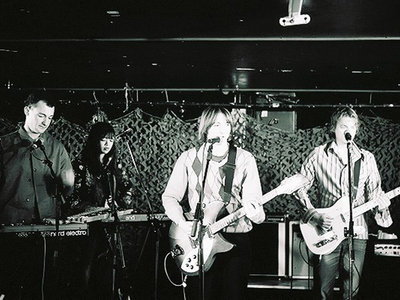 The Tokey Tones are a band formed around the songs of Scott Mannion as part of his string of Plasticene Recording Projects. The group also includes two members of Mannion's previous group Polaar - Li-Ming Hu and Nick Buckton (from Voom/Side Kick Nick). The track featured here is "Love Done Me No Good" which is a duet between Mannion and Heather Mansfield from the Brunettes. Funnily enough the drums on this track were also done by the Brunettes' Jonathan Bree, who also runs Lil Chief Records with Mannion.