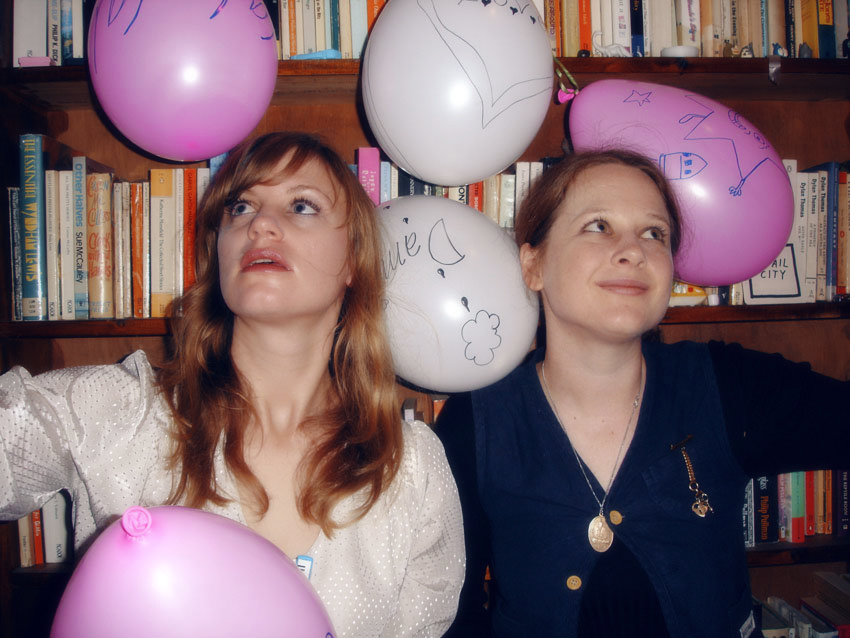 In 2001, Jade Farley met Gwen Norcliffe at art school in Auckland and the pair bonded over art, music, and boys. They made an initial impression on the local scene through a succession of lo-fi EPs, each of which hand unique hand-crafted cover art-work. Their debut album, Psychosis of Love, came out on Lil Chief in 2009. The best way to describe it is to imagine that a girl-group from the fifties reformed in the new millennium and decided to take control of their own music for change. The sweet melodies remain, but the songs are turned towards biting social observation and re-appropriation - as when they take classic rock favourite "There She Goes" and twist it's subject to fit their own ends on "There He Goes." Or when they take an angular punk tune by Die! Die! Die! and re-record it as whimsical indie pop.

The Gladeyes achieved an even stronger sound on their follow-up Shadows Explode, with Jade and Gwen taking much firmer control in the studio to acheive a big reverbed-out sound reminiscent of girl groups of the 1960s. Unfortunately they broke up soon after and Jade went on to a run of other musical projects including being a guitarist in noise band Somme, a violinist/keyboardist for experimental act Pumice, and drummer in punk group N.T. Honey.