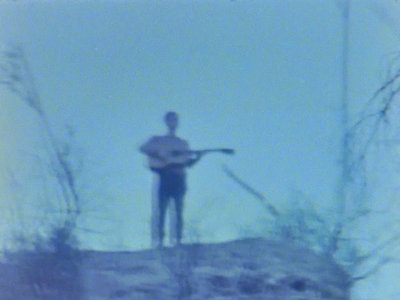 Relatively unknown outside of his home country, Scott Mannion won the hearts of critics in New Zealand with his first release in 2003 - two albums released simultaneously ‘Caterpillar’ and ‘Butterfly’ as part of the duo ‘the Tokey Tones’ with Li-Ming Hu. Scott subsequently moved to the UK and was forced to take a break from music (though continued co-running Lil’ Chief Records).

However, Scott eventually discovered and fell in love with a small medieval town called Chelva, sitting in a valley at the base of the majestic Pico del Remedio and surrounded by olive and almond groves, in the mountains outside of Valencia, Spain. It was here he recorded his debut solo album, Loving Echoes, which can be thought of as an older more weary brother to the Tokey Tones music. Tracks like breakthrough single 'Your Kinda Love' are delicate, fragmented and painstakingly arranged. The album as a whole is bold and ambitious like anything from obvious hero Brian Wilson but at the same time understated (think Young Marble Giants) with the tenderness and fragility of Sparklehorse.