We at Lil' Chief Records are very excited to announce the loss of our vinyl virginity after nine years of dealing only with plastic! 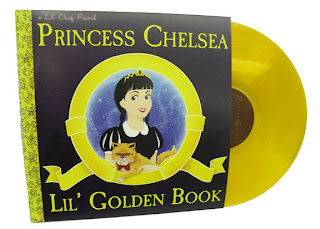 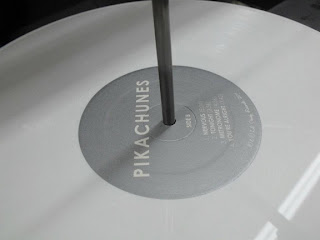 They have been pressed by United Record Pressing in a very special limited run and are now available for order direct from the Lil' Chief online store.

We figured that since we're going all the way we may as well get adventurous so have pressed Pikachunes in limited edition white vinyl and Lil' Golden Book in limited edition gold vinyl. You can look forward to more Lil' Chief Vinyl releases in the coming months!

Pikachunes & Princess Chelsea are currently in Brooklyn, New York after completing a host of East Coast dates and are about to perform at CMJ Music Marathon.

Princess Chelsea has also dropped a new single from Lil' Golden Book, 'Too Fast To Live' - a Skeeter Davis inspired ballad about the perils of drinking with a music video that will be a welcome relief to people who like using the word 'juxtaposition'.

Too Fast To Live has been released as a digital single complete with a free downloadable B-Side "After The Moment" - which is a cover of a song by California based Craft Spells available on their album Idle Labor.