"The Cigarette Duet" is the new single from Princess Chelsea's album Lil' Golden Book and features guest vocals and guitar from Jonathan Brunette. 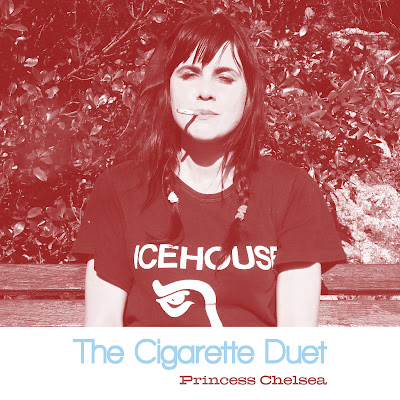 Somewhat of an anomaly on the album - Princess Chelsea ditches the synths and cinematic orchestration and instead dishes up a catchy 60s style pop duet reminiscent of Nancy & Lee.

You can obtain Cigarette Duet / Positive Guy Meets Negative Man as a single on the Lil’ Chief Bandcamp or on Itunes.