Princess Chelsea has teamed up with Simon Ward and Luke Rowell for the final video from the Lil' Golden Book series 'Caution Repetitive'.

The video is a satirical take on narcissistic Youtube culture inspired by the modern whatsinmyhandbagist, tumbrl fashion icon and distressed jeans vlogger.

In a somewhat delicious irony some early viewers of the clip have been disappointed due to its narcissistic qualities.

Chelsea and band will be playing a show at the Kings Arms on April 20 to celebrate the release of a new single 'We're So Lost' (originally a classic Voom song!) Also playing will be Voom, Trust Punks, and Lttle phnx.

The show will be their last before heading off to Europe to tour in the northern summer! 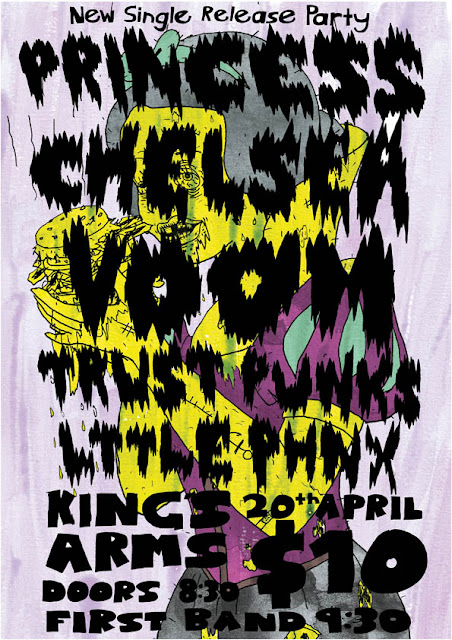