Hello I am playing live this weekend.

I have played live a few times in the last 2 years with a different lineup each time.

Camp Low Hum I forced the dudes from Brand New Math to learn some of my songs a couple hours before performing in the Renegade room. That was cute enough but cant say its on my youtube favourites list. In playing that show however, I managed to tie with Ryan McPhun in the biggest band whore of Camp Low Hum 2009 award. Or I could be thinking James Milne. Those two r like throwing a hotdog down a hallway. And dont get me started on the Hep factory that is Gareth Shute.

Played a couple parties after that..... which brings us to this weekend.... 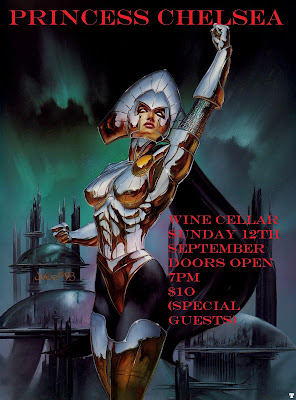