Princess Chelsea has dropped an album of covers today 'Aftertouch'.. 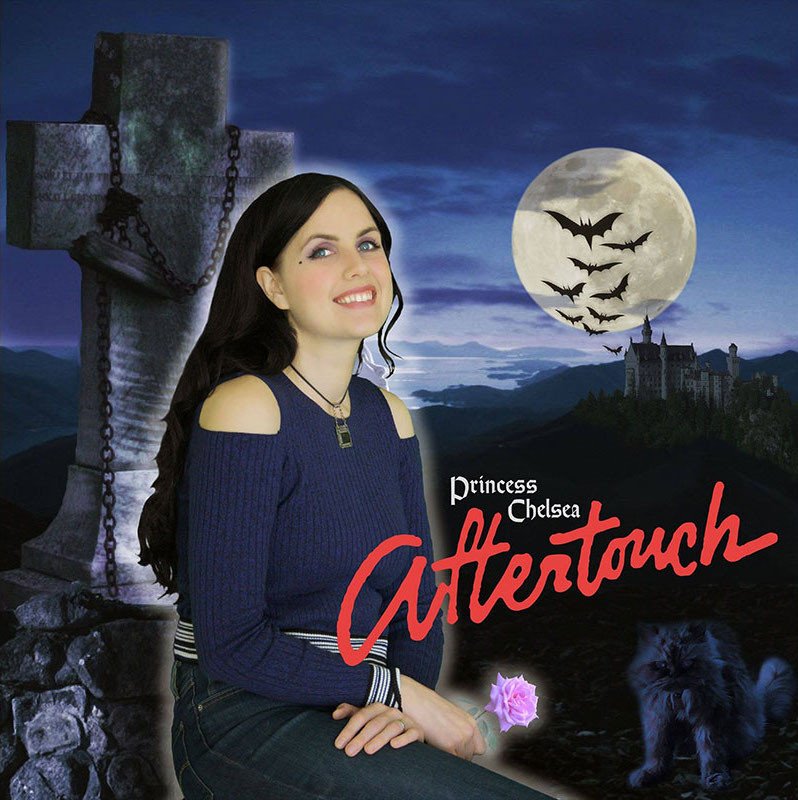 Chelsea uses covers as a way to explore arrangement ideas in-between albums and 'Aftertouch' is a collection of covers recorded between 2010-2016.

'Aftertouch' is available digitally everywhere you'd expect, CD, and is being pressed on a limited run of 300 red vinyl, these will be hand numbered and Lil' Chief advises pre-ordering now if you'd like to secure a copy. If you  hate Princess Chelsea's music and her general face perhaps you can buy one anyway and just sell it later on Discogs for $2000 lol.
Stream in on soundcloud why dont ya

The magnificent cover image was created by Luke Rowell aka 'Disasteradio' who's unreleased song Aftertouch is an album highlight.