Scott Mannion gaining positive press - at opposite ends of the world! 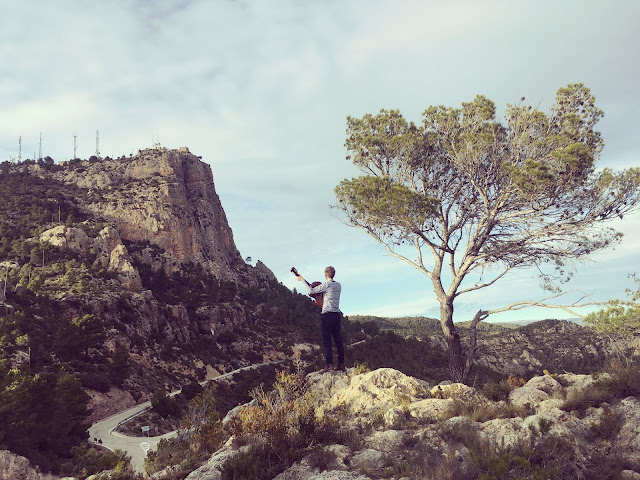 Scott Mannion's new album, Loving Echoes, came out at the beginning of June and has already garnered a great response in the press, both in his current home of Spain and in his birthplace of New Zealand.

The biggest newspaper/news-website in New Zealand ran a long interview with Mannion that explained why his new album took so long and how he ended up recording it in Spain. Legendary NZ music writer, Graham Reid also published both a glowing review and interview on his website. Mannion also went track-by-track through the album for the 13th Floor website and he also talked to Under The Radar about Lil Chief Records pivoting towards Europe as a main focus (though Jonathan Bree also has a huge following in North America).

Radio stations across New Zealand also did pieces on the album, including Hauraki, Radio One, and RDU. Meanwhile, the state radio broadcaster ran an extended interview and gave it a glowing review on two of its shows - in the Song Crush segment Mannion's song 'Your Kinda Love' was highlighted with the host saying it "shows off Scott’s ear for a great pop melody", while reviewer Grant Smithies said the album was filled with "fascinating songs that look at relationships from unexpected angles."

Meanwhile in Spain, Beat Valencia interviewed Mannion and said they could hear in his music "echoes ranging from Brian Wilson and the Brill Building tradition to the most delicate indie of recent times" (translated). Early on, he also received great coverage in both the print and online versions of popular magazine, Ruta66. He was also interviewed by Valenga (a music blog from Valencia) and told them how living in Chelva influenced his music (for example, his decision to include a recording from a procession in San Antón on the album).

He was also covered in a broader piece about overseas musicians working in Valencia for El Pais.  Mindies, Culturplaza, El Giradiscos, Good2b, and Alacarta all covered the release too, while both Indie Nauta and Rock the Best Music gave it an 8/10 review.

Overall it's been a great response from two very different countries on opposite sides of the world, so hopefully the word of Mannion's music continues to spread across the world, especially with his single 'Your Kinda Love' now at half-a-million streams on Spotify alone!