Over a decade ago, Scott Mannion's last group The Tokey Tones came to an end, despite adoring write-ups in the New Zealand music press and a feature in local critic Grant Smithies book of best local albums. Now, after a series of false-starts in different cities across the world, Mannion has returned with his sophomore work, Loving Echoes. 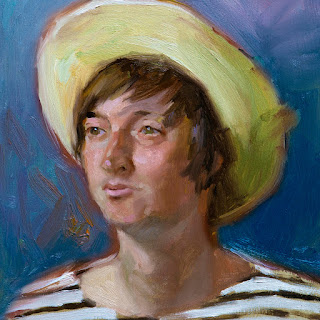 Scott Mannion is a co-founder of Lil' Chief Records (Jonathan Bree, Princess Chelsea, the Ruby Suns) but is now living and recording in a small medieval town called Chelva, in the mountains outside of Valencia, Spain. A cult figure in the New Zealand alternative music canon, Loving Echoes is his first release in 15 years.

Scott Mannion won the hearts of critics in New Zealand with his first release in 2003 - two albums released simultaneously Caterpillar and Butterfly as part of the duo, the Tokey Tones, with Li-Ming Hu. Local critic, Graham Reid wrote  that the albums were "endlessly rewarding over time. The music itself has a sense of wonder and discovery, reinforced by seductive, often elementally simple, lyrics."

Mannion's live band featured other musicians like Jonathan Bree and Ryan McPhun (The Ruby Suns), both of whom went on to sign to Sub Pop Records. Meanwhile, Mannion's own career was stalled by ill health, moves between countries, the break-up of a long-term relationship, and a sudden decision five years into the process to scrap all his former work and start over (something that would happen more than once), driven by a self-described  'perfectionism to the point of mental illness.'

But now his follow-up is finally here! The album’s 10 tracks chronicle the timeline of an ill-fated relationship.  An older more weary brother to the Tokey Tones music, Loving Echoes is delicate, fragmented and painstakingly arranged. It is bold and ambitious like anything from obvious hero Brian Wilson but at the same time understated (think Young Marble Giants) with the tenderness and fragility of Sparklehorse.

Loving Echoes will be released worldwide on June 7th - digitally, on limited edition 180g cream coloured vinyl and as a CD with 16 page booklet.

Preorders can be made now via Bandcamp:

Last year Mannion also returned to the live stage - playing New Zealand's answer to Austin City Limits (Auckland City Limits). Recently he played to a sold out venue in Barcelona and he will soon be announcing a new run of shows, starting in early June playing with Lawrence Arabia in Barcelona and Valencia.

In the meantime, check out the music video for the first single off the album, Your Kinda Love, which has already racked up half-a-million streams between the various streaming platforms: